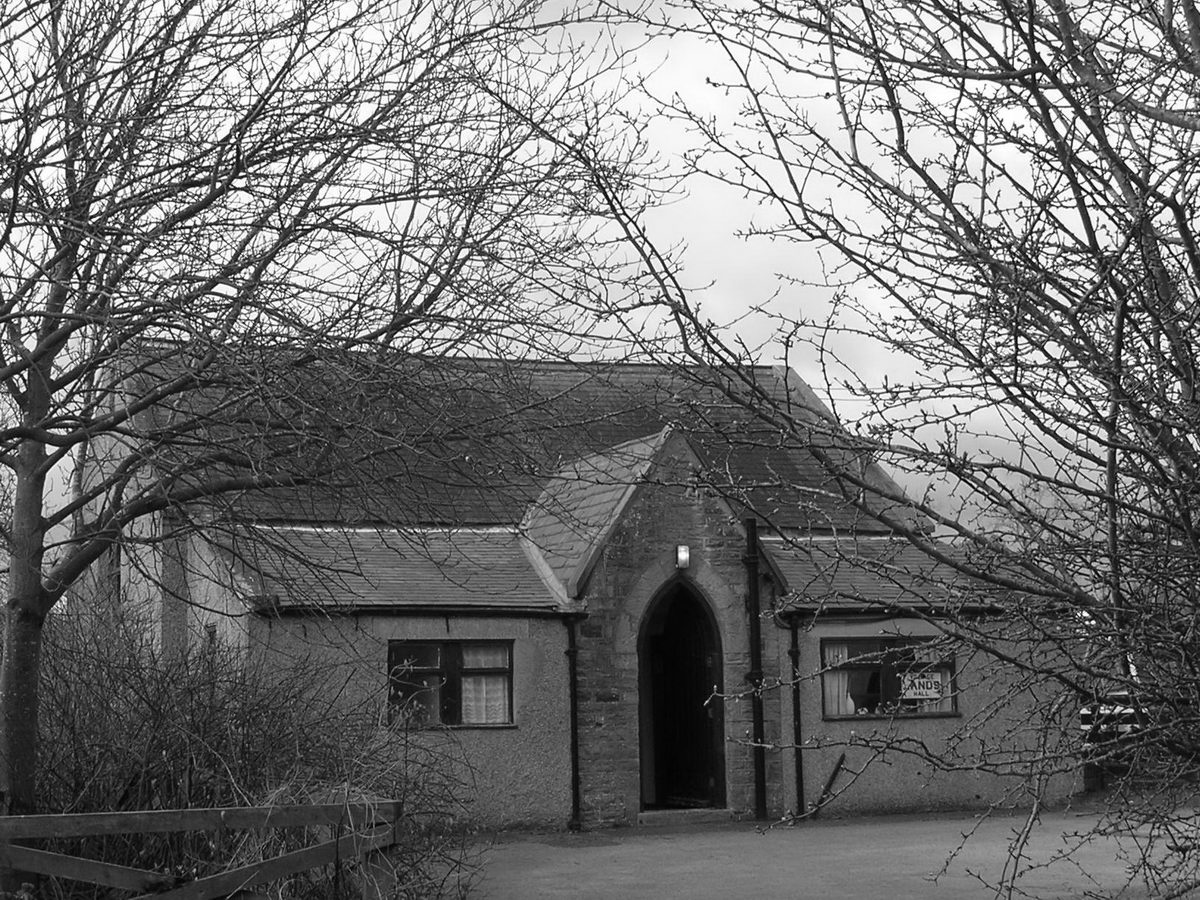 About Lands Village Hall discusses its place in a social and historical context. We begin with a brief assessment of the hall’s position, community and size. Finally, we identify why it was built and how it has changed over time.

Lands Village Hall is located almost equal distances between Bishop Auckland and Barnard Castle in County Durham. We are a short distance from Cockfield Fell and the North Pennines Area of Outstanding Natural Beauty. This beautiful part of rural northern England is easily accessible from the A1M.

The village hall is in the centre of High Lands village, at the heart of the community it serves, including High Lands, Low Lands, Morley and the “Lands Bank” (part of Lands Road).

The hall consists of the main room (9.2m x 6.2m) with a vaulted ceiling and wooden floor. Toilets, including a wheelchair-accessible lavatory and kitchen area.

This part of County Durham was heavily industrialised. An open cast pit was responsible for establishing the development of High Lands village in the 1860s. Meanwhile, the education of the miners was a consideration. So, the Coal Board built a Men’s Club and Reading Room situated on the edge of the pit in the village, circa 1880.

The coal seam moved away from High Lands, first to the east, where they established another small pit. Later it moved further northeast. However, As the coal moved, the need for the old pit buildings faded. Consequently, the Reading Room briefly became a Chapel School before it became known as the Institute.

As the Institute, the building became a centre for social events and education until the 1950s. Eventually, the Institute turned into a Charitable Trust and became the Lands Village Hall Association. The Association registered with the Charity Commission in 1962; since it has continued its work in the local area.

In this form, it has been responsible for many trips to the seaside, plays, seasonal fates, celebrations, parties, and wakes. The village hall has hosted a lot of clubs, from dominoes to Young Farmers and Yoga. Similarly, the building continues to perform its traditional role today.

More information about us

Lands Village Hall is a charity registered by the Charity Commission of England & Wales (reg. no 520841).